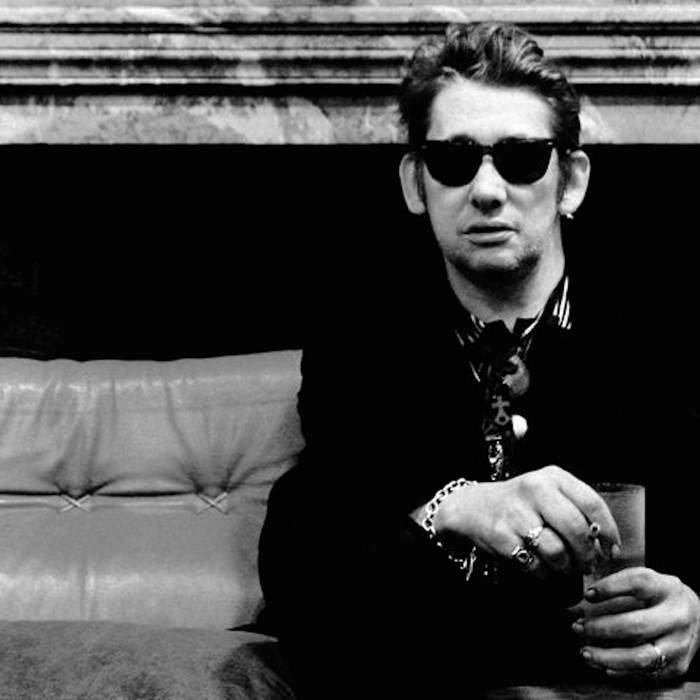 This is an Irish traditional that was taught to Shane MacGowan by his Mammie and Auntie! I used to mistake it for "Kitty of Coleraine" which regionally speaking ALMOST made sense. But "Kitty of "Free Derry" or "Ardoyne" (for that matter) would've made MORE sense (as it's about a rebel leaving his beloved woman before the loyalist police get to him). But this ballad is actually from the SOUTH of Ireland, and was an extremely obscure traditional that only "one other person other than me Mam n' Auntie from the same small town in Tipperary knew", said MacGowan.
This ballad is simply called "Kitty".

My version doesn't have the same ingenious almost syncopated swagger that the Pogues carried so perfectly! Or the instrumentation, OR the slurry drunken / muddled Irish / English brogue of Mr. MacGowan. But I own it nonetheless.

I tracked this after getting the best haircut of my adult life (for the first time in two and a half years) by Pauline Curran at "Shear Irish"
(in the Sunset District of San Francisco).
Pauline is a lovely Derrywoman and a true mistress at her craft! The weight lifted from my head had me promptly home, plugging in the laptop, remembering the lyrics, pulling the Bodrahn off the wall that my dad gave me when I was a kid, and strummin' the March night away'!

And have a Happy St. Patrick's Day!

In a day I'll be over the mountain
There'll be time enough left for to cry
So goodnight, and God guard you forever
And write to me won't you? Goodbye"

released March 6, 2014
Irish Traditional / Re-worked and Arranged by Shane MacGowan and the Pogues

Zachary Blizzard is an American singer-songwriter and multi instrumentalist. His work blends elements of experimental rock, drone, and shoegaze with a folk music foundation.
Blizzard has been writing and performing solo prior to leaving Inland Empire indie-rock band Jenoah in 2005 as drummer, returning to his native Northern California / San Francisco. ... more

Bandcamp Daily  your guide to the world of Bandcamp

Guest hosted by Tamar Osbourn aka Collocutor and Toshio Matsuura.